Here’s our fantasy premier league forwards GW10 article where we give our forward player rankings for GW10. There’s a table of information and discussion on some players of interest

The first schedule ranks players by their NON penalty underlying stats and expected assists converted to FPL points in GW1-9 to date. Those who have taken penalties or are expected to be the penalty taker have an * next to their name

Player values are as of Thursday 26 November

350 mins needed to qualify for the schedule 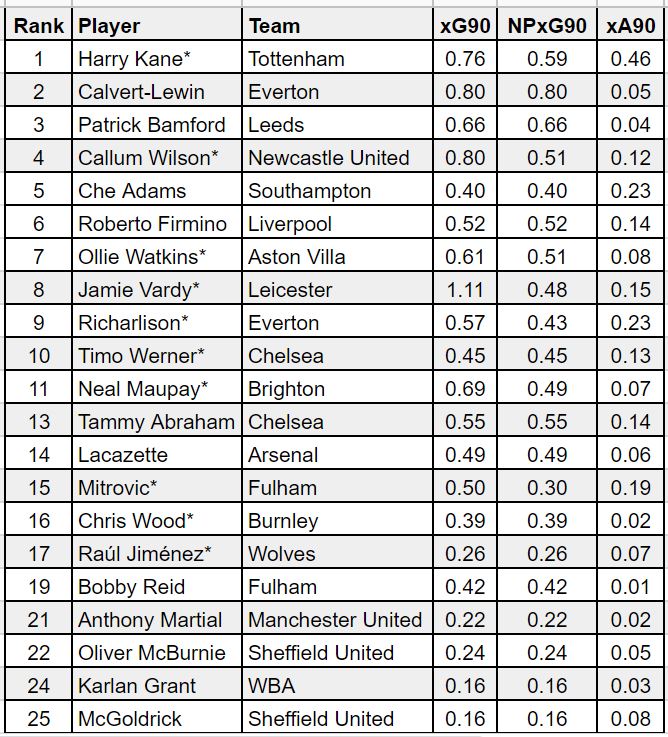 Aguero and  Jesus didn’t make the minutes threshold and with Aguero coming back to fitness it’s hard to give either as an option.

Do fixtures matter for Spurs or with their counter attacking style are they best suited to teams that don’t park the bus.  Kanes stats are exceptional.  The fixtures in theory not good.

Leeds and Burnley next before the fixtures stiffen.

Stats are incredible.  Fixtures are a bit mixed.  However Leeds are an attacking monster 4th in shots per game and 6th in Non penalty xG.

Great stats and good fixtures plus he has pens.  It’s just how good can he be in a team 17th in non penalty xG and last in shots per game

Unproven from the Championship but in a side with strong attacking stats, good fixtures and he has pens.

Great entry point home to Fulham.  The underlying stats don’t look anything flash but they are very similar to last year and you can rely on him overperforming.  He just hasn’t yet.  He has pens and good next 4 fixtures.

Werner has the minutes and pens.  Abraham has the CF position and the better underlying stats before minutes ajustment.  However the last 2 games have seen Abraham play 90 minutes.  Both started midweek with Abraham playing 69 minutes and Werner 90. 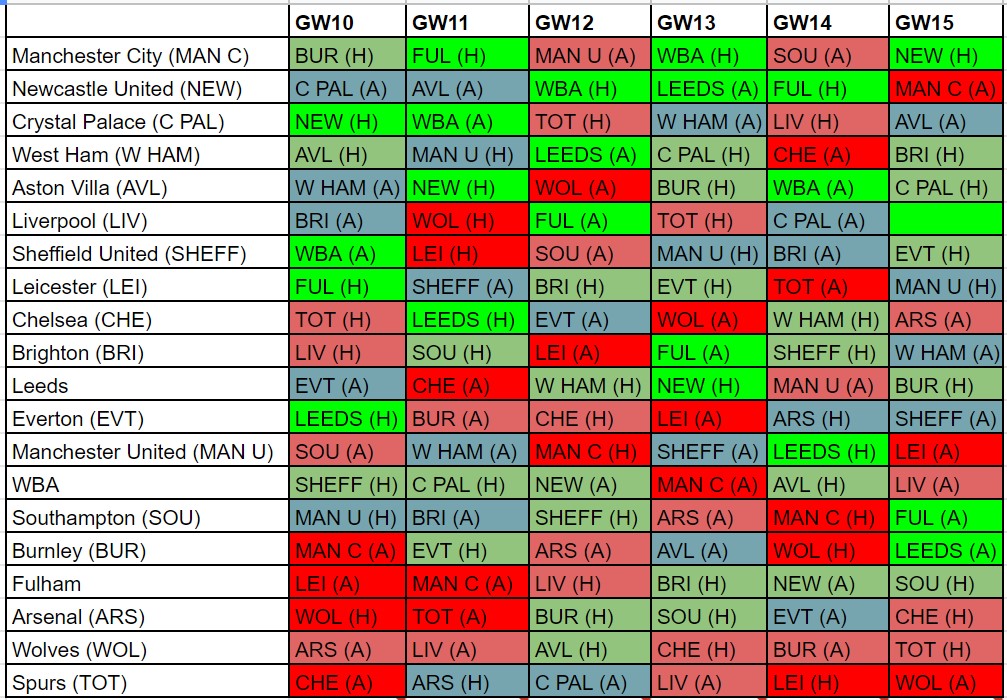