Here’s our fantasy premier league forwards GW11 article where we give our forward player rankings for GW11. There’s a table of information and discussion on some players of interest

The first schedule ranks players by their NON penalty underlying stats and expected assists converted to FPL points in GW1-10 to date. Those who have taken penalties or are expected to be the penalty taker have an * next to their name

Then there’s there fixture ease ranking,   their average minutes in the first 10 gameweeks plus their value for money factor and their anytime goalscoring odds

Player values are as of Thursday 3rd December

Here is the link to the google spreadsheet. You can go to file>make a copy and then sort it how you like.  360 mins needed to qualify 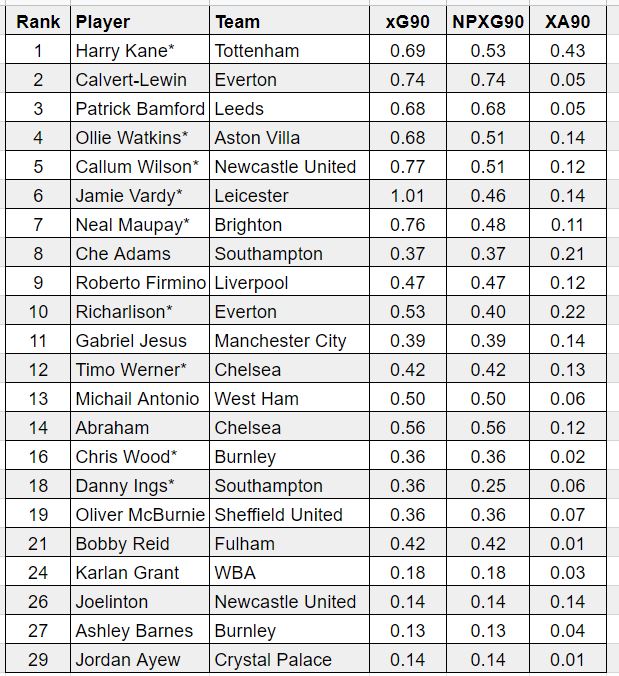 I’ve included Aston Villa and Newcastle players even though the game has been postponed.  I think it’s unlikely that the game will be moved to midweek in time for it to be included in GW11 but I thought I’d leave them in just in case.

Jimenez (20th) is not in the schedule due to injury.  Martial (22nd) is not listed as injured although ill last week so I’ve left him off.  Cavani’s performance has to bring him into gametime doubt territory anyway

Cavani, Fabio Silva, and Welbeck didn’t meet the minutes threshold.  You will need to rely on your eyes for these

1 shot in his last 2 games although it was against the 2 best defences in the league of Chelsea and Man City in games were if you were kind you would say Spurs were looking to play on the counter.  Numbers over the season are excellent and despite the number 10 perception he’s still shooting at nearly 4 times per 90 which is way better than the last 2 seasons.  Only Bamford has a better shots per game stat.

3 of the last 5 games have seen disappointing underlying stats.  Those games were Leeds, Man Utd and Southampton with Fulham and Newcastle being the good stats.

Best shots per game stat and only Calvert Lewin has a better NPxG90.  Chelsea is an obvious exit point but the fixtures after are pretty good.  Despite blanking in the last 2 he played well in both and produced good underlying stats.  In fact only 1 game in the last 8 has been disappointing from that perspetive.  It’s only the too good to be true factor that can be a negative

Man City and Jesus are way better than the stats they are showing at the moment.  If you’re ever going to gamble on a guy that produced underlying stats in previous seasons in the Aguero range then it’s this week v Fulham.  Has the injured shadow of Aguero over him which is a risk.

Before the Spurs bore draw looked like he was finding his feet.  Has pens but his left sided forward position and low shooting volumes aren’t ideal

There was alot of focus on his Recce James potential assist misses v Spurs but virtually every time he’s produced.  His stats are held back by his average minutes at 61 minutes per game are holding his ranking back but his last 3 games have been 90,90 and 80 minutes.  It remains to be seen what Giroud’s 4 goal performance v Sevilla does to his starting place. 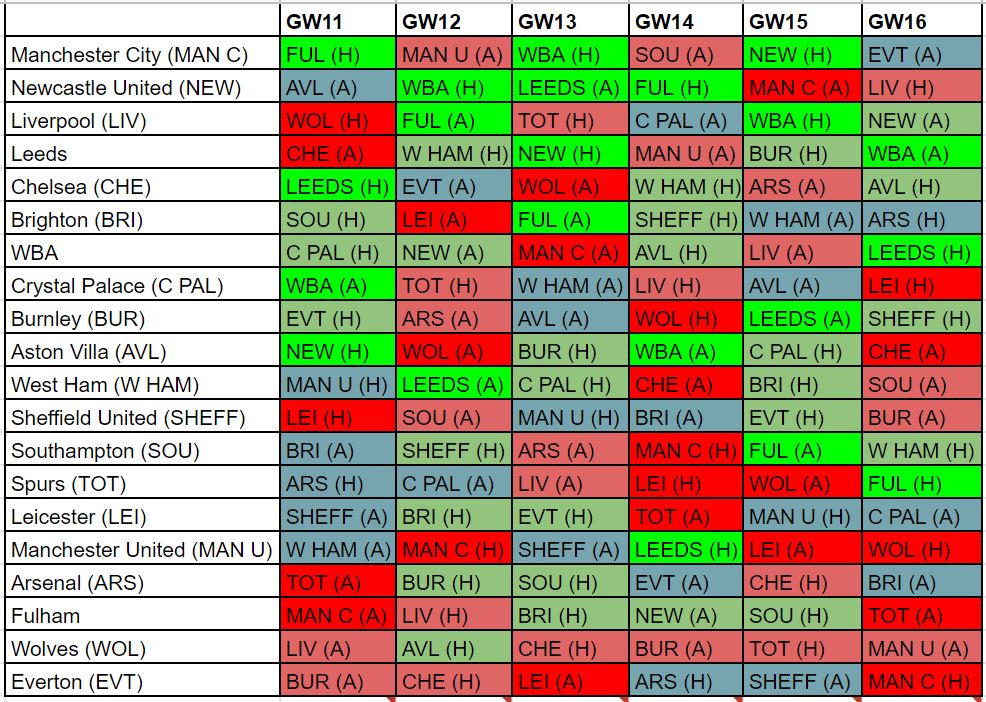