Here’s our fantasy premier league midfielders GW18 article where we give our midfield player rankings for GW18. There’s a table of information and discussion on some players of interest

The first schedule ranks players by their NON penalty underlying stats and expected assists converted to FPL points in GW1-17 . Those who have taken penalties or are expected to be the penalty taker have an * next to their name

The BGW/DGW column shows whether they have either in 18 and 19.

Then there’s there fixture ease ranking  and then there value for money rating.

There’s no anytime goalscorer odds at the minute.

Player values are as of Friday 8 January

Here is the link to the google spreadsheet. You can go to file>make a copy and then sort it how you like.  600 mins needed to qualify.  Stats are from the free site understat.com 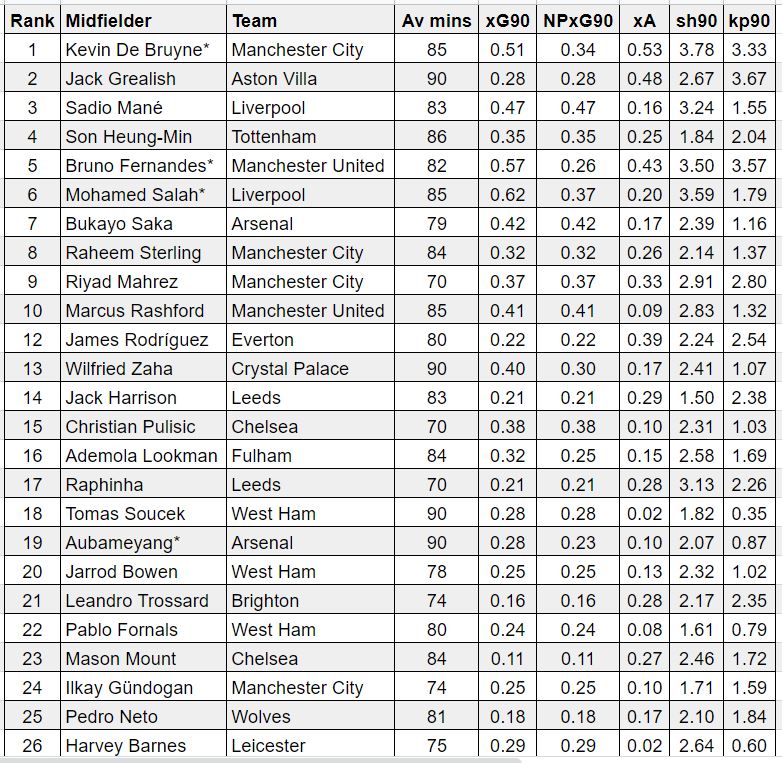 Trezeguet would have been 11th but he’s injured

Foden didn’t make the minutes cut off for the season or the last 10 gameweeks.

Absolutely smashing the stats.  That’s without taking into account penalties or the fact that he’s having a bad finishing year when he normally over performs xG

Both have seem their stats drop off in the last 10 and last 5.  How significant it is remains to be seen.

Putting up fantastic stats over the season, last 10 and last 5.

In 9th position on an average of 70 minutes.  If only we could be certain he would play.  Not started any of the last 4 and only came on as a sub in 2.  Starting in the FA Cup would be a bad sign.

Both putting up good stats.  Despite being lower in the rankings Raphina’s higher volumes probably swing it to him for me 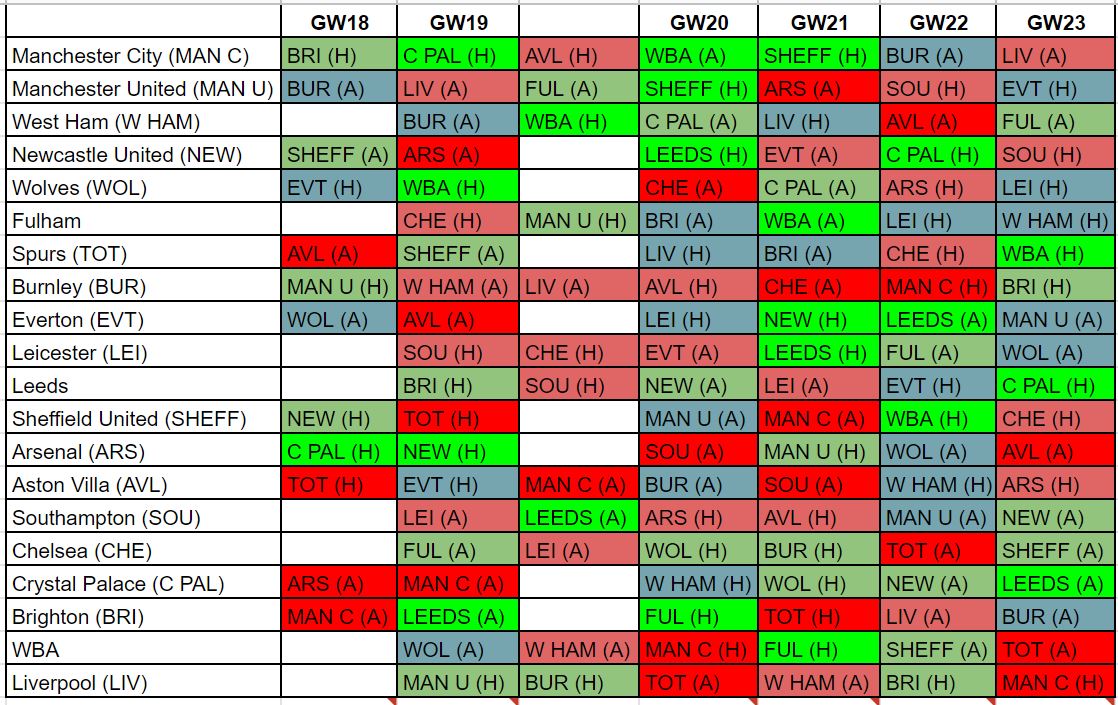 Here’s our fantasy premier league transfer tips GW27 article  where we analyse the teams of 10 top FPL managers. These 10 managers have...
Read more

Here’s our fantasy premier league fixture difficulty GW27 article with our fixture ease schedules. Here we look at the teams and players with...
Read more
Uncategorized