Here’s our fantasy premier league midfielders GW24 article where we give our midfield player rankings for GW24. There’s a table of information and discussion on some players of interest

The first schedule ranks players by their NON penalty underlying stats and expected assists converted to FPL points in GW1-23 . Those who have taken penalties or are expected to be the penalty taker have an * next to their name

There’s no fixture ease ranking due to the changes in DGW26 and then there value for money rating.  I do say whether they have a DGW24/25

Player values and PPMs are as of Wednesday 10 February .

Here is the link to the google spreadsheet. You can go to file>make a copy and then sort it how you like.  800 mins needed to qualify.  Underlying Stats are from the free site understat.com 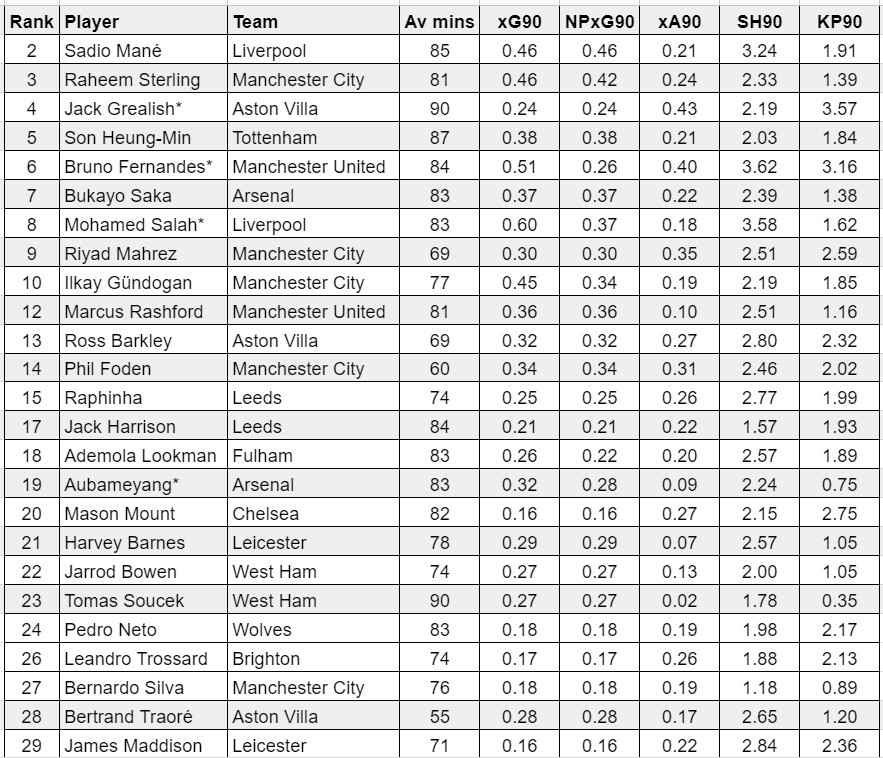 Players not in the schedule.

Not in due to gametime risk are Pulisic (25) weighed down by a 64 minute average.

With the highest rank player in De Bruyne injured Sterling and Gundogan although Sterlings value for money calculation means he would have to be a captain option at his price.

Here’s a graphic where the teams are ranked by the ease of the defences they face over the next 2 gameweeks before the proposed DGW26. 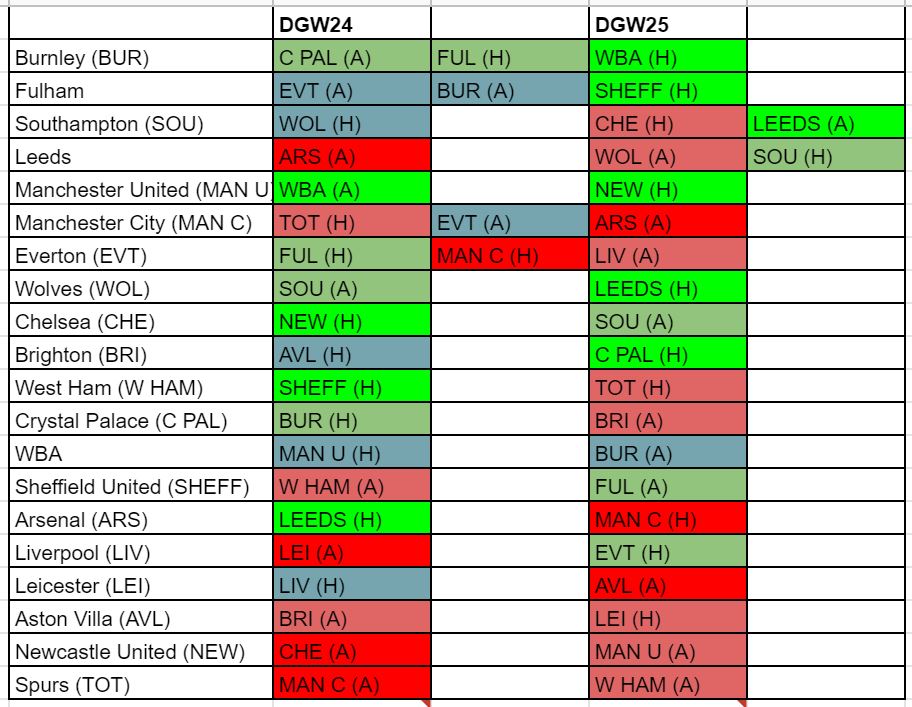