Here’s our fantasy premier league midfielders GW28 article where we give our midfield player rankings for GW28. There’s a table of information and discussion on some players of interest

Player values and PPMs are as of Wednesday 10th  March and before Wednesdays game.

Here is the link to the google spreadsheet. You can go to file>make a copy and then sort it how you like.  300 mins needed to qualify.  Underlying Stats are from the free site understat.com 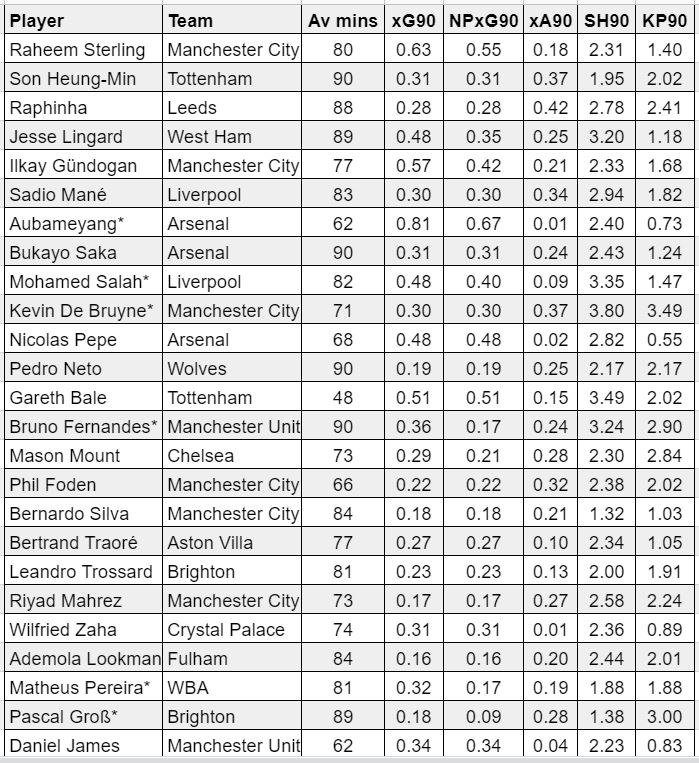 The underlying stats may look great over the last 10 gameweeks and they have seen 5 goals and 2 assists over that period but he still suffers from an inability to put the ball in the net and he also seems to be a Pep favourite for a no show.  Also doesn’t have pens.  At that price you want a little more consistency and penalties for a captain option

Can’t play in GW28 due to the loan from Man Utd.  With 4 goals and 2 assists in 6 appearances since joining West Ham on loan he has been a revelation.  Underlying stats are better than his history has shown but not ridiculously so. Over performing his stats to some degree but it’s all very promising at this stage

Both players have really produced questionable underlying stats recently but both have pens and have shown their quality historically.   Certainly over the season De Bruyne is the midfield  underlying stats leader.  Salah over the season isn’t as positive. It’s just whether you believe the Salah and De Bruyne you expect can return.  That’s a difficult question to answer.  Over the season Man City and Liverpool lead the league in xG and Shots per game.  Man City still lead over the last 10 gameweeks in xG but Liverpool have slipped to 5th.

As a captain option I prefer a premium player who has penalties and has good underlying stats.  At the moment Kane fits the bill but there are questions in that regard you can fire at Salah, De Bruyne and Fernandes as I’ll come to later.

Underlying stats are excellent he’s just been hampered by his 48 average minutes per game over the last 10 game.  That remains the question though as the last 3 games have seen him subbed at 69,66 and 69 minutes.  It’s also worth noting that the last 3 games have seen him score 4 goals from 7 shots which is never going to be sustainable.  Lastly assuming Harry Kane is untouchable then do you triple up in attack or  drop Son is the question.

There’s no question his non penalty underlying stats aren’t great even if his shoot on sight policy gives him good volumes.  However Man Utd were awarded the most penalties last season with 14 and the most the season before with 12.  United are 2nd only to Leicester this season with 9 with 11 gameweeks to go and Fernandes has scored 8 of his 16 goals from the spot.  He’s hard to ignore for that reason alone as he showed v Man City with a 1 shot penalty display and 2 bonus points.  I should add in fairness that he has got 12 assists with only Kane having more.

Players who missed out due to injury

In brackets are where they would have been ranked

Players who missed out due to gametime risk 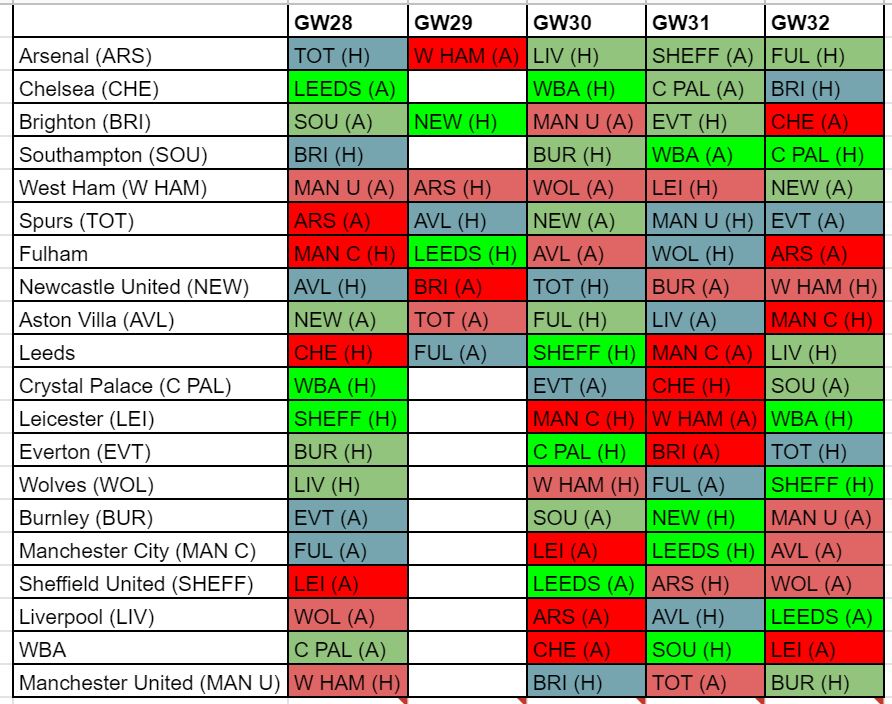