outline my FPL strategy along with 10 other FFGeek contributors in our new EBook.

Despite the green arrow it was a disappointing gameweek where others made much larger ground up.  The wrong captain choice and paying 4 points for it plus Cancelo being benched cost me dearly.

This week even with the Aston Villa v Newcastle postponement I’ve not thought of anything other than carrying over the free transfer so next week I can get Salah in for his home game against Fulham with 2 free transfers.  I’m still not sure how to do it I have to say.

It means I won’t have a playing GK this week which is annoying and another blight on my recent wildcard but I’m not going to tie funds up in an extra GK for 1 week which will also mean I will need a -4 for Salah next week.

I should get a full 10 outfield players out though even if Cancelo and Masuaku don’t play which is a possibility.

So I’m going to carry over the free transfer

De Bruyne clearly leads the FFGeek Captain Poll so he’s my choice home to Fulham.  He didn’t play midweek either which is a good sign for him starting.  Fernandes will be my vice.

As I understand it unless the Aston Villa v Newcastle game is announced prior to tomorrows FPL deadline it won’t go into GW11 if it is next week midweek.  I’ve seen various things confirming it won’t go ahead next week definitely and it seems Newcastles game against WBA  is also in doubt which seems to cement that argument.

In any case I’m putting Grealish in my lineup just in case and let the auto subs do their magic assuming he doesn’t play. 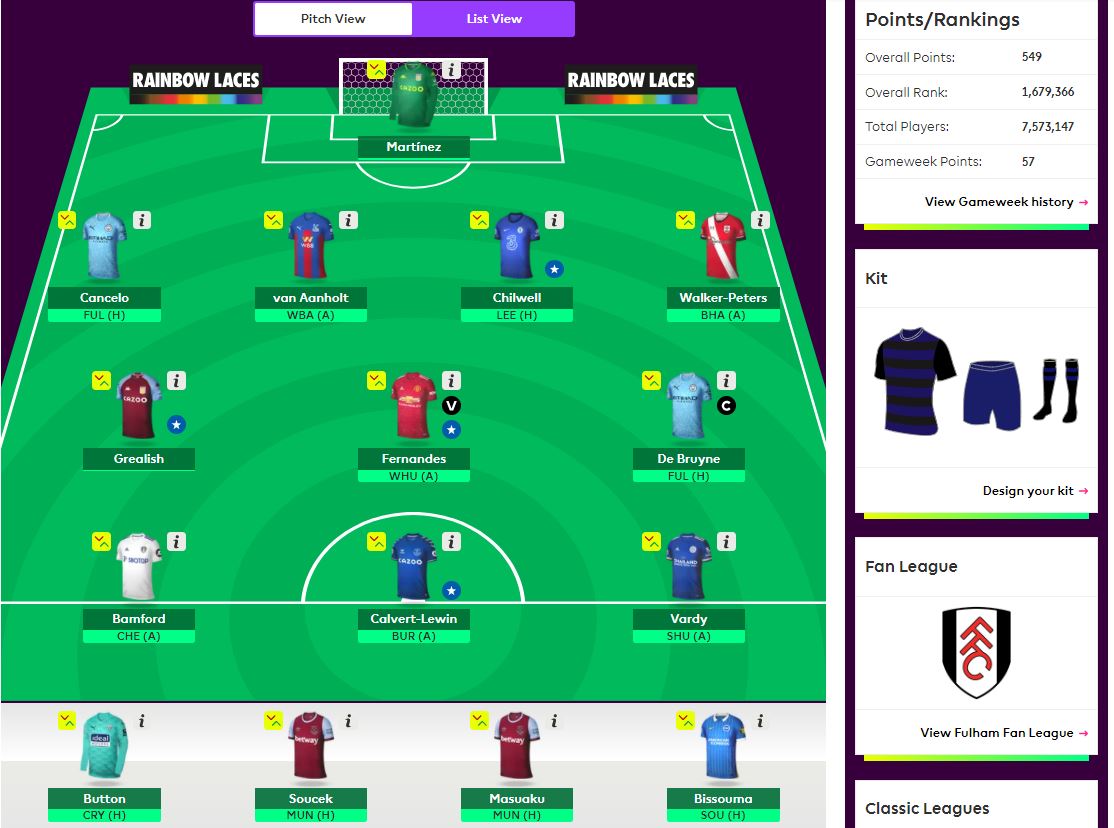