So in a week when there was a number of red arrows I guess I should be happy with a 150k green arrow.

Unfortunately like last week I’m anything but and I mean it without detracting from the people who had red arrows this week.

The problem is that last week I had 9 returning players and this week 7.  These should be rank halving weeks and not a 25% increase and a 10% increase in ranks.  What really concerns me though is these lucky weeks will see me paid back with unlucky weeks where there are only 1 or 2 returning players and you can bet your bottom dollar that there will be a huge drop drop which wipes out these gains.

Just as an aside I wasn’t worried about losing the Vardy points.  I was always going to use him to get Salah once Fernandes’s form had improved so significantly so it is what it is.  I did expect the Brighton to defend better but to be fair to them 15 shots and a 1.64 xGA isn’t the worst and Vardy did get 2 assists from 2 key passes.  Also whenever you’ve got a hopeless GK like Ryan (worst save % in the PL) then there’s always that risk.  Add to that the eventuality that after a 1000 long range shots eventually Maddison gets 1 right.

The FFGeek Captain poll and some others I had a quick look at generally seem to be favouring De Bruyne so that’s who I’ve gone for with Fernandes as a vice.  Both have good fixtures.

The choice required was 2 of Soucek, Dallas and Walker Peters.  As usual I used bookies odds to decide who to lineup on and surprisingly the widest odds was for a Southampton clean sheet so he’s first on my bench.  It’s possible Cancelo doesn’t play unfortunately so it could be an irrelevant decision. 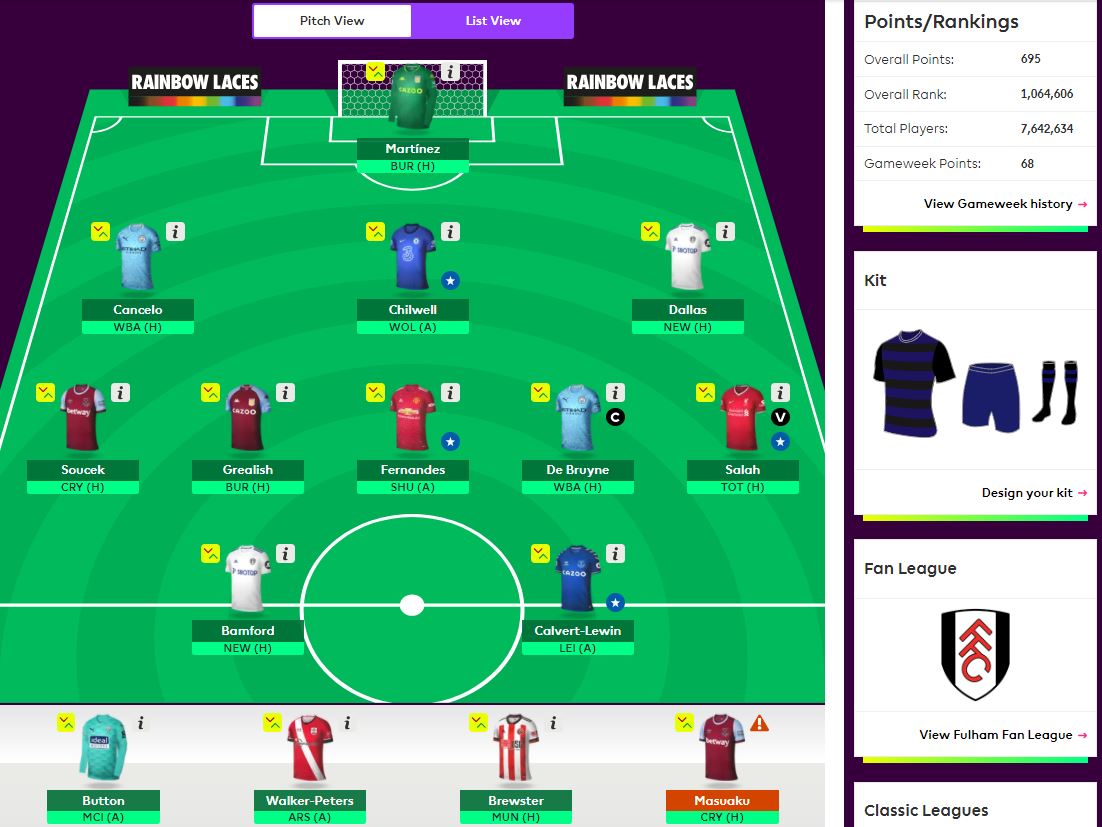