Soucek, Justin and Son didn’t return so avoided messing with my rank which was helpful.

I did momentarily think of Salah as a captain option as whenever I stray from a small group of Captain potential players it inevitably ends in failure as did this with Gundogan.  Plus I did think the best manager in the 10 top Managers I follow  will generally default to Salah in these circumstances which he invariably did.  To be fair though I generally go with the polls and although I did momentarily think of Salah it was a pretty quick thought and it was never realistically going to happen so I don’t think of it as a miss or even as a 50/50 gone wrong.

It’s a sign of the current situation at the moment that even with my fairly paltry team value that I have £4.4m in the bank.

With Spurs playing WBA  next week I’m going to carry over the free transfer so I can have Son or Kane (if he is fit) for the GW23 match up vs WBA  in the team as I imagine that one or both will be the captain favourites as Liverpool play Man City in the same gameweek.

So carrying over the free transfer

The FFGeek Captain Poll and the 1 other I have checked have Salah pretty comprehensively head of anyone else.  Salah has 10 times the votes of the next person on the FFGeek poll which is a pretty sure sign that I will be Captaining him

As you know I use the bookies odds for anytime goalscorer vs clean sheets to sort out who starts and who is benched.  It doesn’t always work but at least I don’t spend hours pontificating over the order especially as I haven’t got an alternative formulaic way of deciding how to do it.  I’m uncomfortable with a gut feel approach so I’m going to stick with it for the moment.

It was a 3 way battle between Soucek, Dallas and Coufal with Walker Peters injured.  1 of the defenders has to play for the minimum 3 at the back rule.  Effectively Dallas was the defender and Soucek was first on the bench before Coufal. 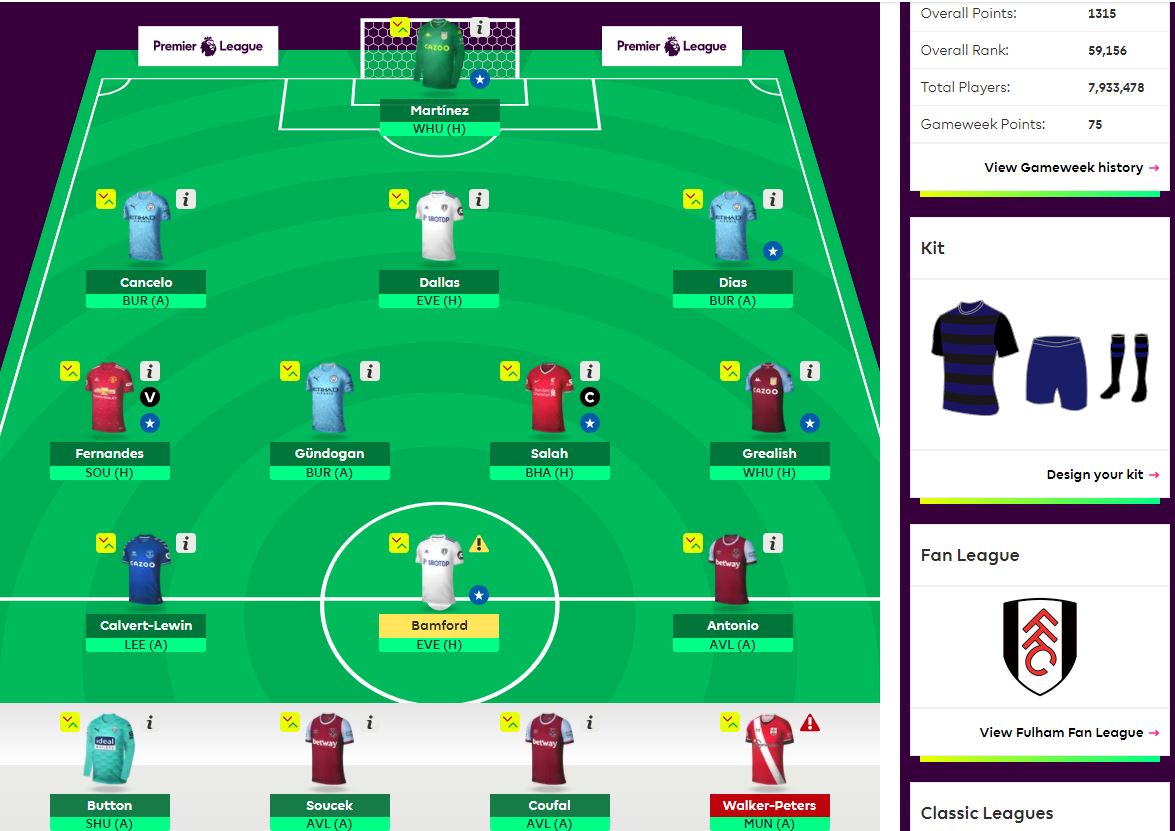