Here’s our fantasy premier league teams GW15 article where we outline our early thoughts on the FFGeek team for GW15.  We review GW14 and talk about potential transfers, captains and lineups for GW15

93 points for a  391 green arrow to 477k overall rank is the short version.  7 players returning either a goal, assist or clean sheet.  58 points from 50k overall rank.

So I finally get the rank halving type week I have been hoping would come.  That was mainly the result of Son and Kane blanking but at this stage I’ll take whatever I can given my current rank.

The only negative was the injury to Chilwell which I’ll address later in the article.

If you saw my GW14 team selection article you’ll know that I originally had Salah as captain.  I changed that to Fernandes after rumours started appearing that Salah was going to be benched.  Seeing that there was little point in having a vice that might not start I put De Bruyne as vice and not Salah.  Interestingly that was not what many of the FFGeek Contributors chose to do.  They kept Salah as vice.  So after seeing Salah get 16 points my brain went to a scenario where Fernandes was rested and I got 10 points as captain and everyone else got 32 points.  Even when I saw Fernandes on the United team sheet I was worried he would get injured in the warm up.

In the end he got 34 points as captain so all was well with the world but it was a worry for a while.  I did something similar last season and got punished badly so it was seemingly a case of potential deja vu.  In that instance think I had Salah as vice to Sterling instead of De Bruyne like most people and it was something like a 17 vs 5 point difference.

If you’re not familiar with the above scenarios upcoming then there are 2 articles from last week worth reading.  That’s Andrew Whitfields strategy article and my DGW/BGW potential schedule

Here’s the teams with 2 fixtures in DGW19:

So far I have for DGW19 Soucek, Bamford, Dallas, Salah, Walker Peters and C Taylor.  That’s 6 double gameweekers.  However I will probably play De Bruyne at home to Palace and will definitely need at least 1 of Kane and Son for their game vs Sheffield.  That means I have 8 effectively with 5 transfers to go.  Enough to field 9 double gameweekers plus Kane/Son and De Bruyne and even potentially enough for a bench boost but I think I may keep that for later.

My options are effectively 3 fold:

James I really like is injured and Silva I would be surprised if he plays both DGW games. 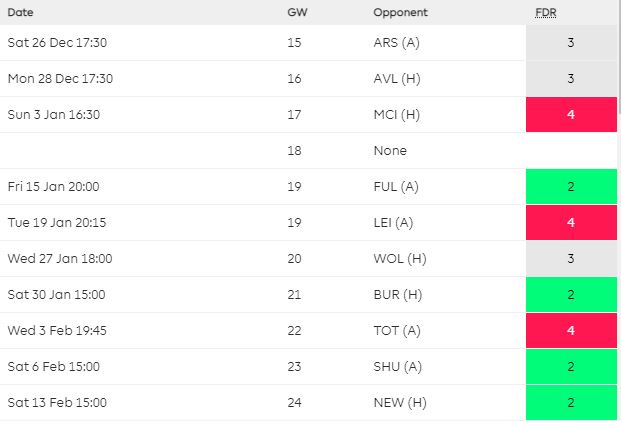 I’d prefer Robertson or Alexander Arnold but I would have to sell 1 of Grealish v Palace or Calvert Lewin v Sheffield or Cancelo v Newcastle or Fernandes.  None of those appeal.

I’m not wild about Matips injury record and he again could be rotated but he’s my only option for this gameweek.  The entry point v WBA makes a compelling argument to transfer him in now 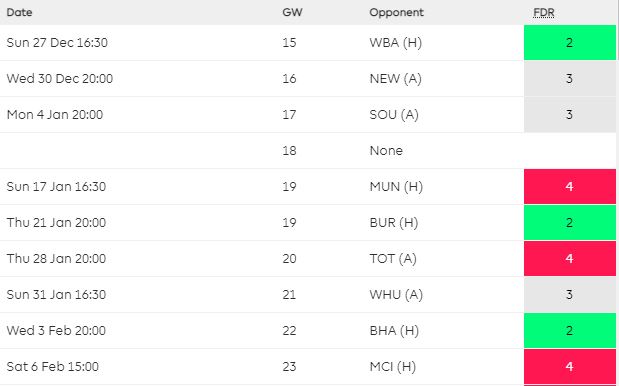 A good entry point in GW15 and great fixtures for DGW19 but otherwise not so great.  That’s not the end of the world as he can sit on the bench but I could just leave him as my last transfer. 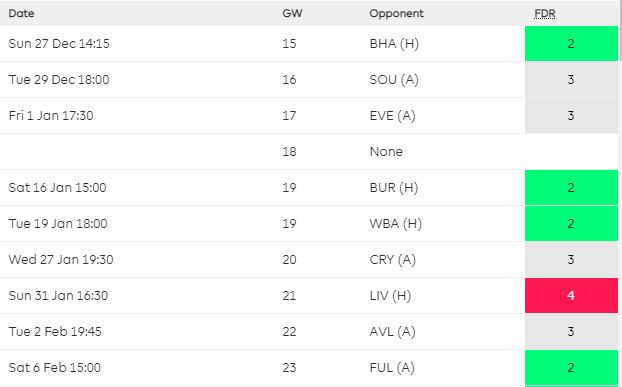 With Liverpool at home to WBA it’s hard to go past Salah even with WBA’s rearguard 1-1 display vs Man City in GW13.  De Bruyne vs Newcastle is tempting although he has an EFL quarter final cup match vs Arsenal today (Tuesday) which if he plays won’t help his cause.

Pretend Chilwell is 1 of the options above.

Hope you had a good gameweek 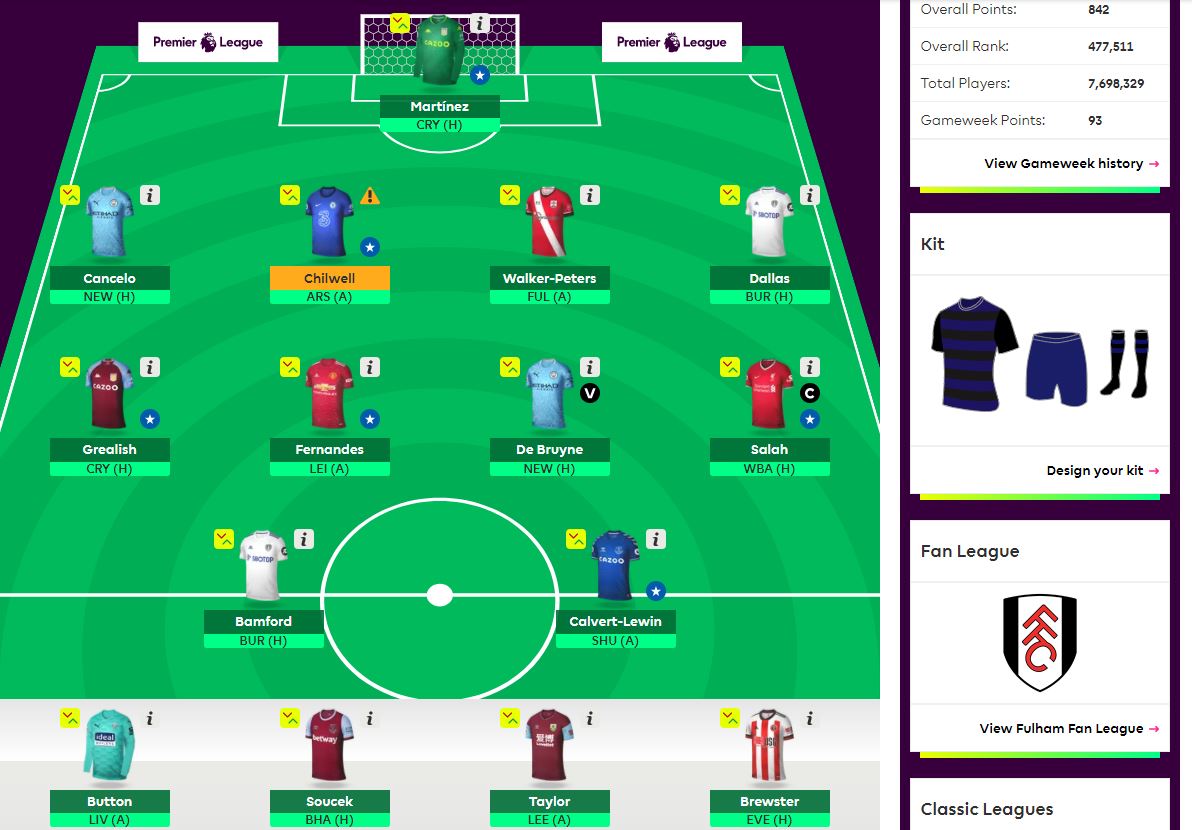