Here’s our fantasy premier league transfer tips GW26 article  where we analyse the teams of 10 top FPL managers. These 10 managers have not finished outside the overall rank of the top 10k in the last 3 seasons. Considering how variable the last 3 years have been this is remarkable consistency and shows an ability to adapt strategy in different seasons. It also gives you a view other than my own on strategy and player selection. There were wildcards this week so some significant changes in the teams make up

Their basic stats after GW25 Sunday

There were 7 green arrows and 3 red arrows

The average points score in GW25 after Sunday was 49 net of point deductions for extra transfers. With it being a DGW and games on Monday and Tuesday there’s alot more to come

The average overall rank of the top 10 FPL managers was 69k.

The median overall rank was 17k

Areola is in 4 of the 10 FPL managers teams

Coufal, Stones, Digne and Shaw are in 3 of the 10 managers teams

Burnley is represented 13 times in the 10 FPL managers teams

Villa are represented 10 times in the 10 FPL managers teams

Leeds are represented 9 times in the 10 FPL managers teams

Fulham are represented 5 times in the 10 FPL managers teams

Salah, Gundogan and Fernandes are in 10 of the FPL managers teams

Raphinha is in 9 of the 10 managers teams

Son is in 6 of the 10 FPL managers teams

0 managers carried over a free transfer

transfers in (not including the 2 wildcards)

Ings was transferred in 7 times

Raphinha was transferred in 5 times

Dallas was transferred in 2 times

transfers out (not including the 2 wildcards)

Antonio was transferred out 4 times

Calvert Lewin was transferred out twice

2 managers used their 2nd wildcard.  3 have now used them in total

4 managers have used their bench boost 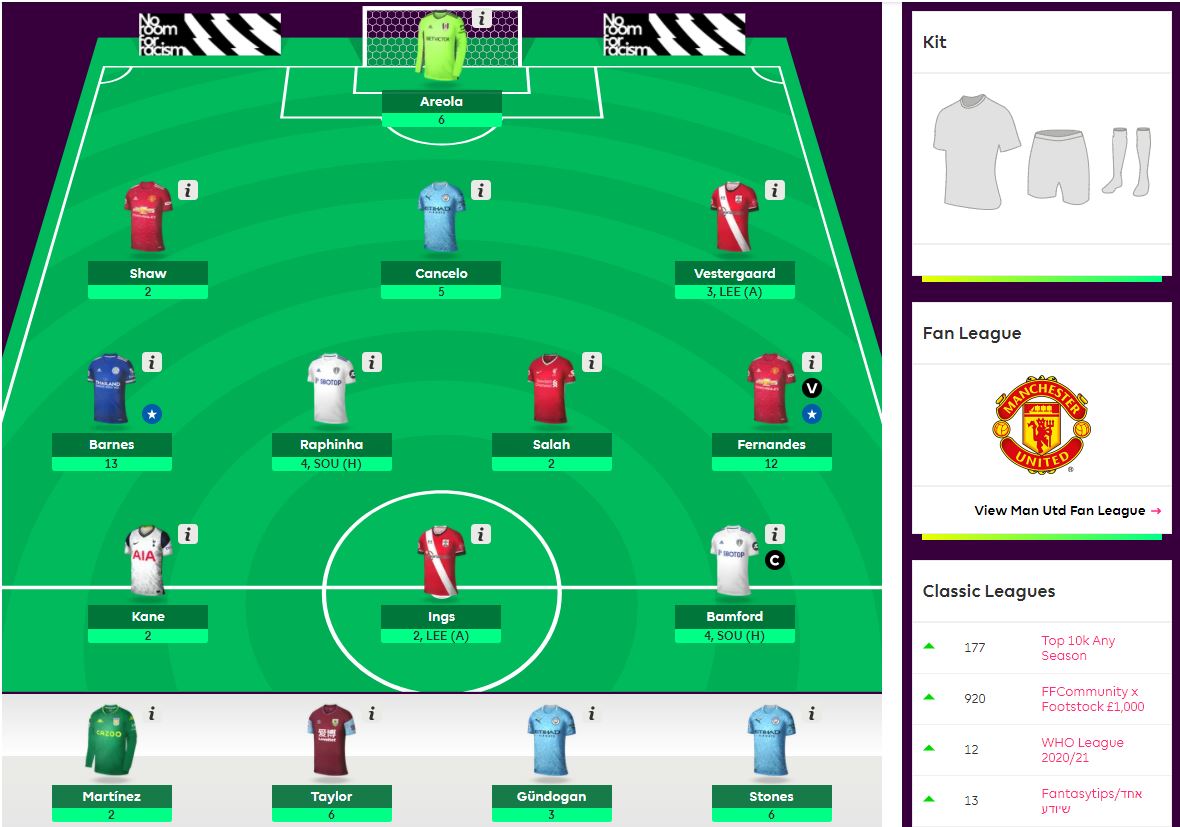 Here’s a comparison between the top 10k overall rank ownership % and the 10 top FPL managers.  The differences in the 3rd column are narrowing but this week did shake things up a bit 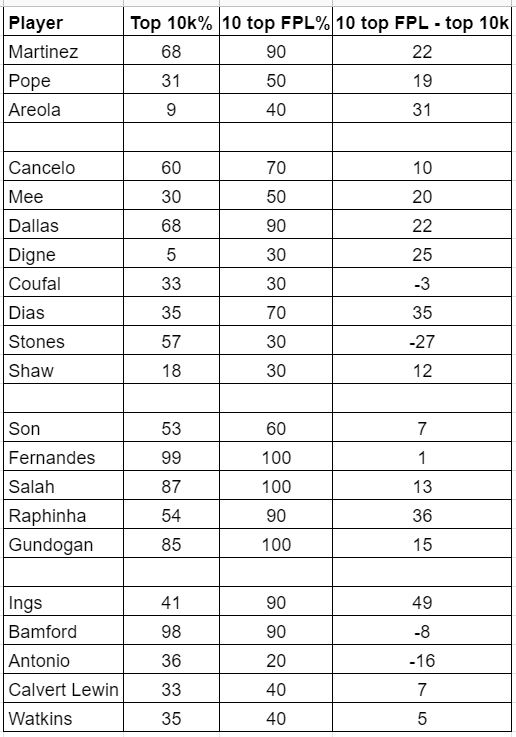 Incredibly that’s 11 players. A full 11 player template team with only Mee and Dallas rotating in the starting 11 on fixtures

Here’s a team which tries to make a combination from the most represented players. Please note that it is meant to be a menu of players to help you choose your transfer rather than a realistic team and it’s value is not necessarily achievable.  This week it is achievable at £104.2m 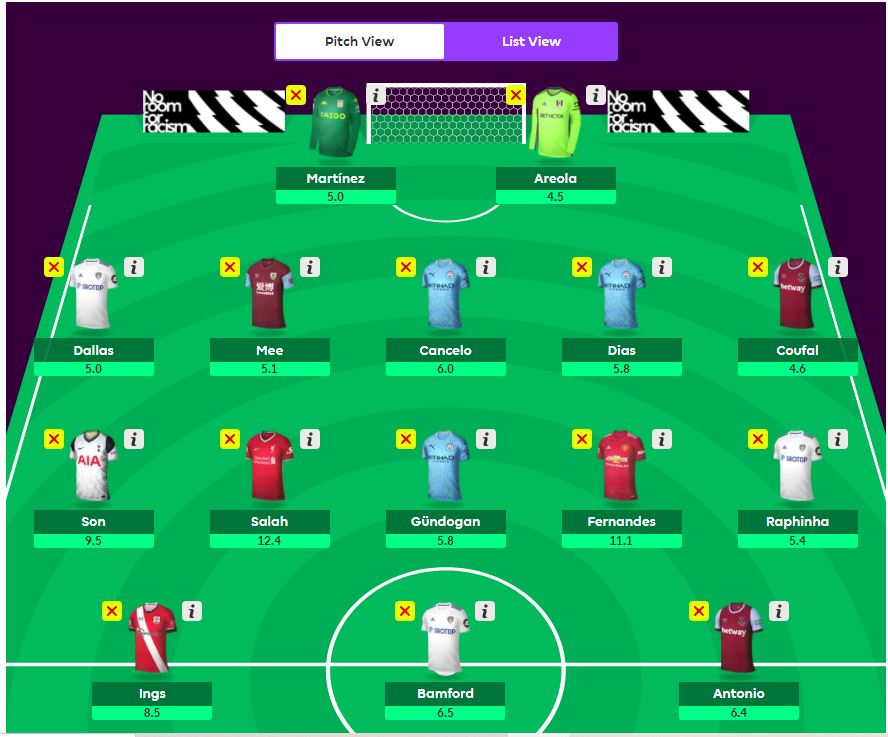 Here’s our Euro fantasy team tips article with some changes to the FFGeek team after the Italy team is revealed for todays games....
Read more
Uncategorized

Here’s our Euro 2020 Fantasy tips article with the FFGeek team for Matchday 3. We review MD2 and progress to date and...
Read more