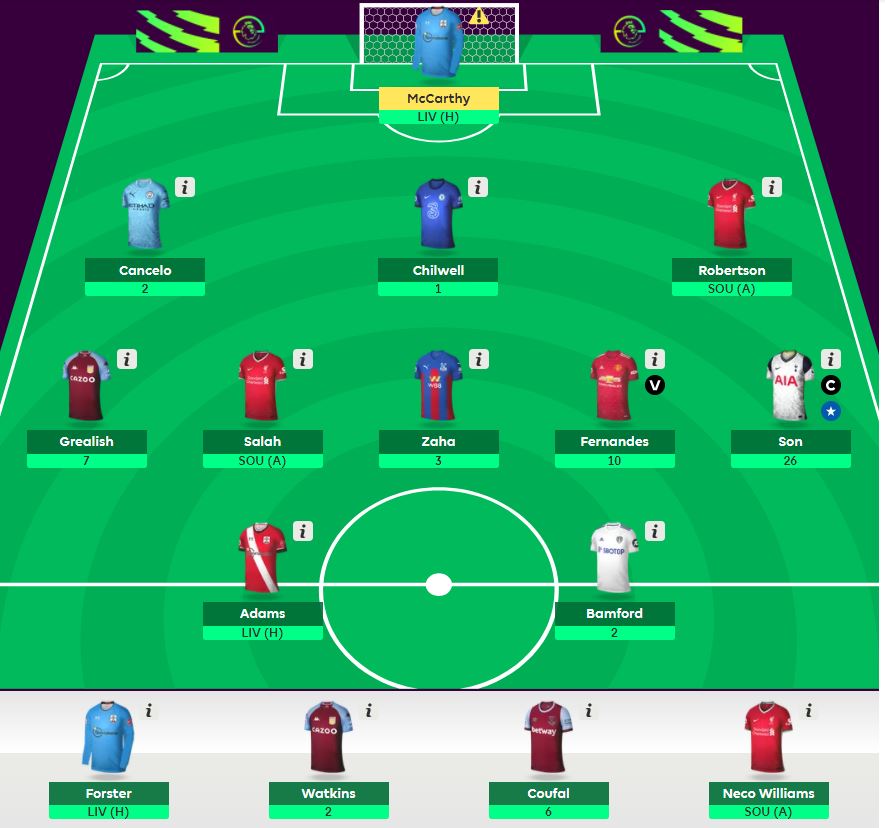 Ben only has only 6 potential starters for BGW18 being Cancelo,  Grealish, Zaha, Fernandes, Son, Watkins.  Plus 1 free transfer

As I am free hitting I thought I would share mine.

With so much uncertainty around its hard to know the right time to free hit.
With my team looking a bit light for w18 and with more potentially good fixtures added I decided to hit the button.

My main aim is get a strong eleven out with lots of the big hitters mixed with a few cheap options.

The core has picked itself with Bruno Fernandes, Son and De Bruyne all going into my midfield.
I intend to play 352 so I have added Rashford and kept back a cheap spot.
I think Man Utd will really want to win next week. Plan is to either go for El Ghazi Villa who is taking their pens, or maybe get one of Martinelli / Saka at Arsenal who play Palace at home.

Up front I aim to save cash with Brewster who may play but sits on my bench supporting Kane. C Wilson who has been solid for Newcastle gets the 2nd starting spot vs Sheff Utd.

In terms of defence I think that City v Brighton should be a safe pick so I have doubled up Stones and Dias. I think it’s unlikely both don’t play and I will start them. I have Wan Bissaka in for my third starter as Utd have Burnley. For backup I have Holding from Arsenal plus Kilman who might play but is v cheap.

GK wise I have Leno currently as he is safe as houses to start, but it could be any number of other options

Anyway I will see how the rest of the week pans out, make the odd tweak and and hope for luck. 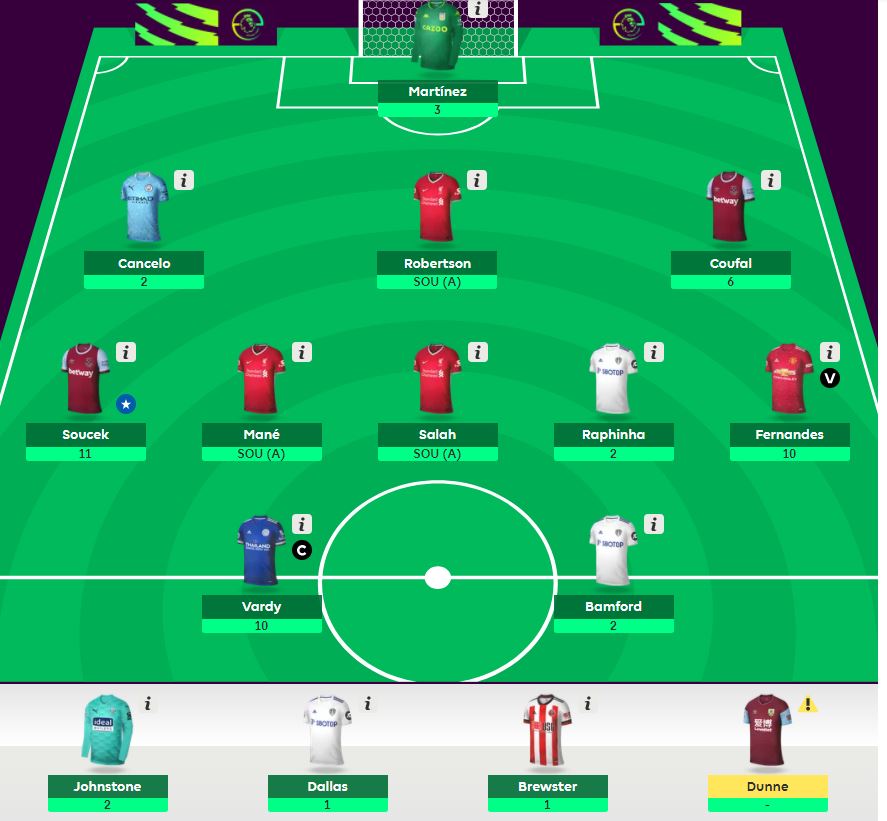 Joe’s existing team only has 4 possible starters for BGW18 in Martinez, Cancelo, Fernandes and Brewster.  Plus 1 free transfer.  Dunne won’t start for Burnley and Brewster could easily be a sub for Sheffield Utd. 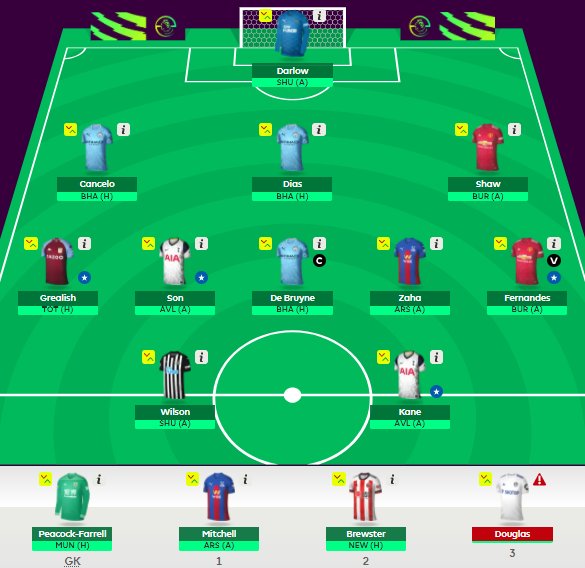 Have put together my watchlist and initial draft for FH in GW18; key questions to be answered:
– 1 or 2 defenders from Man City? Will Aguero be an option?
– Can Arsenal be trusted? Nice fixture on paper
– Villa attack vs Spurs?
– Keeper choice
– De Bruyne, Bruno & Son plus which two mids?