Here’s our FPL gameweek 18 defenders article where we give our Defender and Goalkeeper player rankings GW18. There’s a table of information and commentary on key teams.

The scehedule uses 20/21 stats only

Here I’m trying to find transfer targets by finding a balance between a good next fixture, fixtures generally, defensive form in 20/21

City have a BGW18 fixture and 2 DGW19 fixtures and a great run after that.

£5.8m Dias feels the safest of the defenders although having played a first string team in the EFL semi v Man Utd it will be worth seeing who Pep plays vs Birmingham in the FA Cup.  £5.0m Stones has started 6 of the last 7 and £5.7m Cancelo the last 6 but both feel more rotatable.

£4.4m GK Steffan should play in GW18 with Carson and Ederson both ill with Covid.  I can’t find a return date for Ederson at the moment.

United may have the advantage of the fixtures in the blank and double but they haven’t been in great defensive form at all.  Wan Bissaka and Maguire are the safest but at £5.3m and £5.4m they’re hardly the cheapest.  £4.8m Luke Shaw is much better value and has started 3 of the last 4 but he has competition from Telles as well as being injury prone and a substitution risk as we saw in GW14 against Leeds with a 59 minute subbing.

Have a fixture in BGW18 but no double in DGW19

If you’re free hitting then Arsenal v Palace is a reasonable clean sheet prospect.  £4.5m Holding has started 10 of the last 11 but will face competition from Mari and Gabriel when Gabriel returns from Covid.  Bellerin and Tierney are safer bets but are £5.1m and £5.4m respectively.

Both have a fixture in BGW18 but no double in DGW19

Interesting the bookies rate Sheffield as a better clean sheet prospect than Newcastle.  Both offer cheap bench options with Yedlin at £4.3m and Ampadu at the same price

Villa have a BGW18 fixture and 2 DGW19 fixtures

I would probably limit myself to GK Martinez as the initial fixtures aren’t that great.  What you do have with Martinez though is that perfect GK storm of playing for a good defensive team that still concedes relatively lots of shots but the GK has a good save %.  He’s top in PPM for regular GKs, top in GK total points and only Pope has more bonus points.

Here’s a graphic where the teams are ranked by the ease of the attacking teams they face over the next 6 gameweeks.  See more in my fixture ease schedule 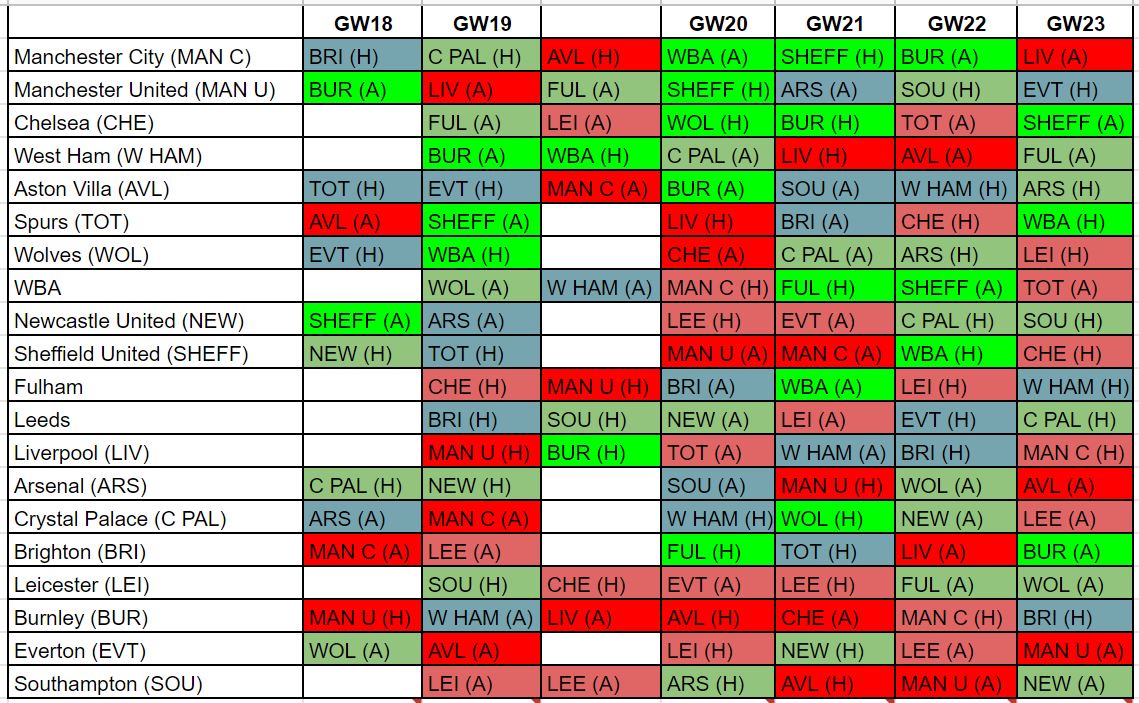 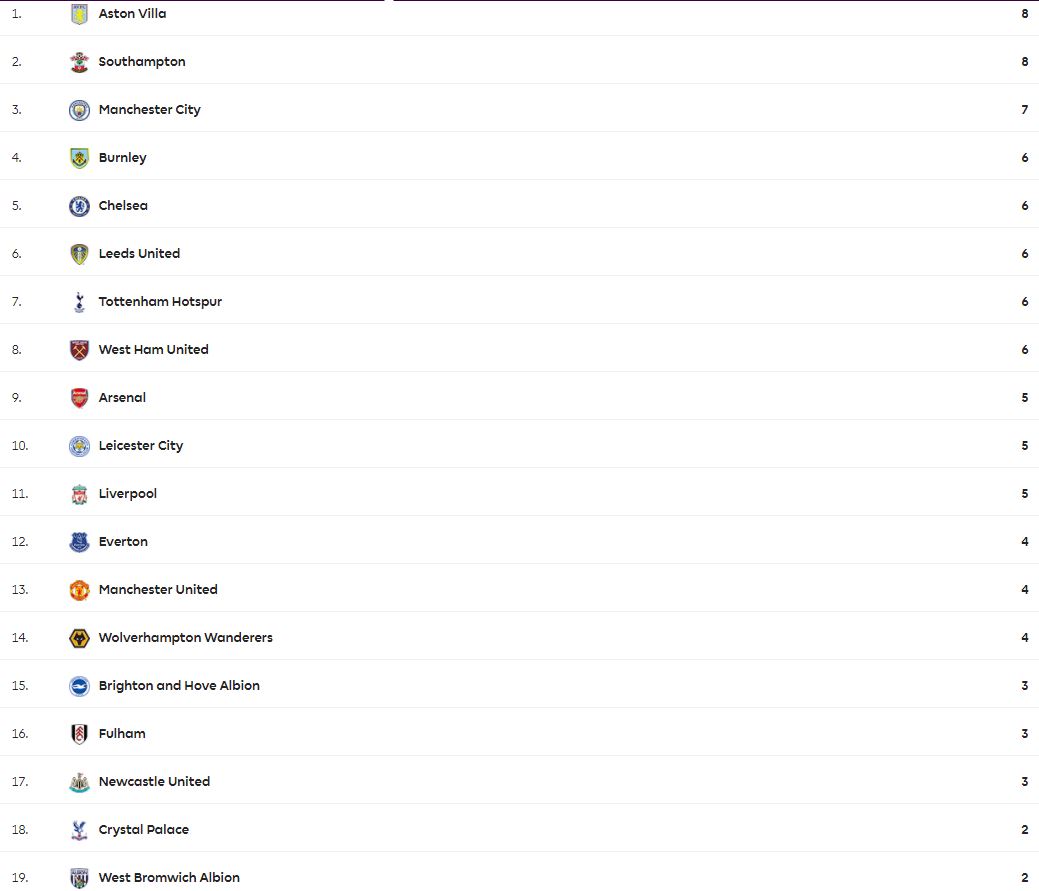 Here’s another schedule which shows you a goalkeeper save %. It’s not a ranking in itself as you can see there is aome correlation between % and clean sheets but does give you some idea of GKs who are good shot stoppers. It’s from the free stats site fbref.com

Currently sat at 694th in the world, Let’s Talk FPL’s Andy talks through some ideas for his own team and addresses some trending...
Read more