Here’s our FPL gameweek 28 defenders article where we give our Defender and Goalkeeper player rankings GW29. There’s a table of information and commentary on key teams and players

Whoever plays Newcastle is always going to have a decent chance of getting a clean sheet especially with their current injury crisis which sees Gayle and Joelinton leading the line. The bookies certainly think so with odds of £1.85 for the clean sheet for Brighton.  Brighton’s underlying stats are excellent but as a team they have underperformed them.  Alot no doubt had to do with the period when Mat Ryan was in goal as he was terrible.  Certainly 8 clean sheets is no reward for their stats and I can see things improving over the coming weeks.  They also have improved their last 10 gameweek ranking significantly over their season ranking.  Only Leeds have improved more.

As far as personnel goes it’s either £5.0m CB Dunk for me or £4.3m RB Veltman.  In attacking terms their underlying stats are fairly even but Dunk showed what he can do v Southampton with an excellent goal.   Both have performed well on bonus

After Newcastle though the fixtures are mixed with only really Sheffield to look forward to in GW33.  That’s why you may find Veltman easier to bench at the price.

Arsenal are a decent defensive side definitely down to Arteta.  However his changing around of the team like his mentor Pep makes selection difficult.  As far as the CBs are concerned it’s too difficult and RB also seems problematic.  So for me £5.2m LB Tierney is the best target even though he’s not immune from rotation.  The Europa League tie midweek may give some clues.

Sheffield and Fulham are great fixtures in GW31 and GW32.

West Ham have been a good defensive side this season although for BGW29 Arsenal isn’t the greatest entry point fixture.  The fixtures after that are mixed but Wolves and Newcastle offer clean sheet hope.  £4.5m Dawson has such good attacking potential he’s my pick.

Hopefully you have the GK find of the season in Martinez if not he’s the obvious Villa pick. However,  Spurs are a poor entry point but Fulham and WBA in the 4 after that are attractive fixtures. For me though they are a bt of a shaky defensive pick that are bailed out by Martinez’s save brilliance.   Konsa at £4.6m or Targett at £5.0m are my picks and both have something to offer attacking wise.  They have a game v Everton yet to be rescheduled.

With cheapies Dier and Davies out of the side you may as well go for the attacking potential of Reguilon given the CBs aren’t cheap anyway and the RB position is a bit unpredicatble.  Lloris is a good shot stopper if error prone with it but he’s not cheap.  Fixtures aren’t great at all and they don’t have a game in GW33.  They do have a postponed game v Southampton yet to be rescheduled.

A vastly improved defensive team.  The GK Areola looks the best bet with no attacking potential in the defensive players.  Adarabioyo is probably the best bet for me outside the GK.  Terrible fixtures though and no fixture in GW33

A hugely improved defensive side over the last 10 gameweeks and they have a pretty respectable 9 clean sheets.  The fixture against Fulham gives a good clean sheet prospect even if the bookies don’t think so.  With Dallas returning to midfield  in GW28 he’s my pick although £4.4m Ayling would be my next pick if you don’t have the cash.  After Fulham they have Sheffield Utd and then it all goes horribly wrong.

For a team so defensively focused they really haven’t performed.  Only £4.2m Lascelles if you have to for me 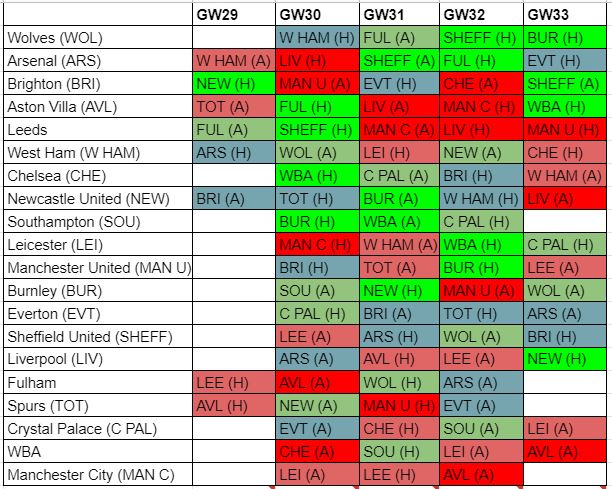 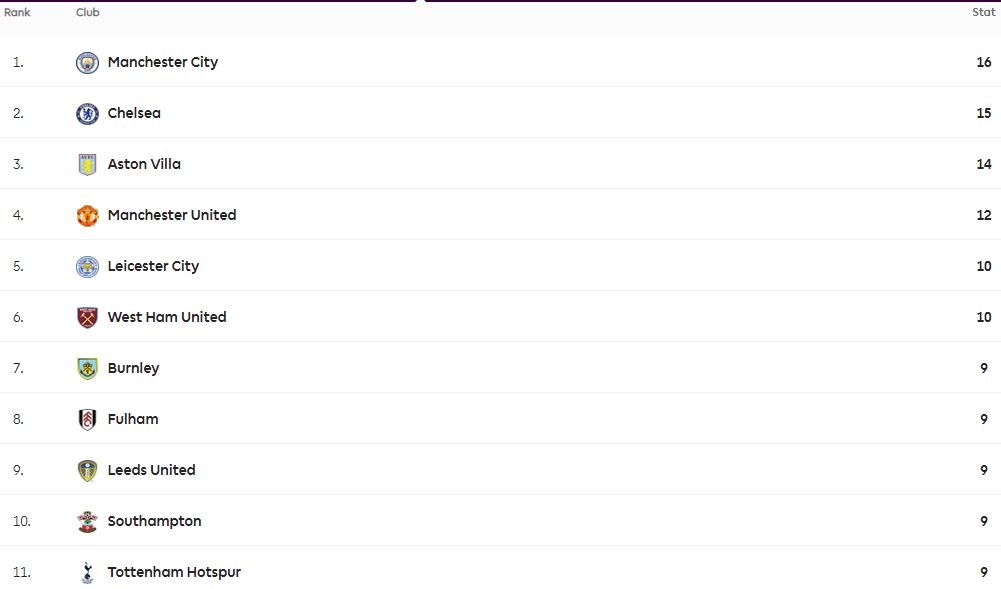 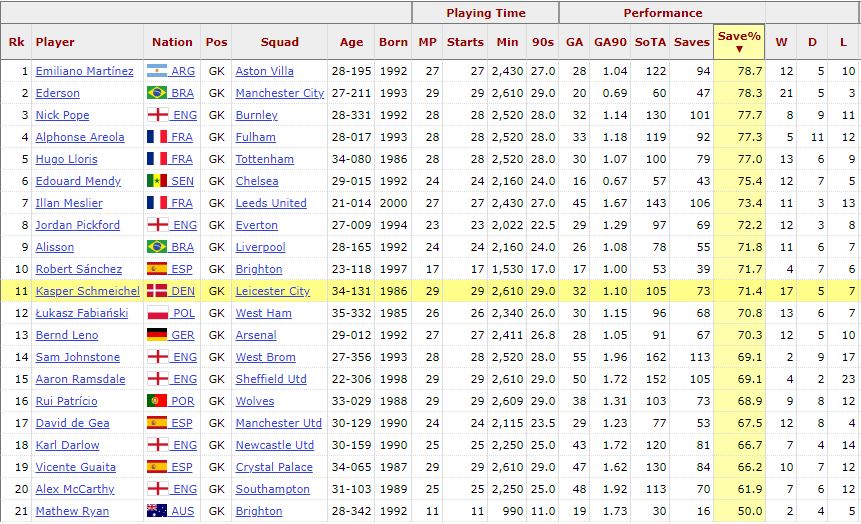