If you’d told me that I’d be coming away with a green arrow after the most popular captain choice scored a brace and assist when I’d shifted the armband off him, well, I wouldn’t have believed you. Still, Bruno somehow managed to top that so the panicked swap after the rumours started flying worked out.

The Chilwell injury has thrown up an issue as I needed all my transfers for my GW19 BB plan. I don’t want to waste a transfer and I have a fair bit of value tied up in him so I’ll bench him for now and roll my transfer. There’s every chance additional injuries could scupper my plans further so the extra flexibility (and maybe a -4) next week will help me get back on track no matter the situation.

I’ll play Chilwell just in case there’s a Christmas miracle but it’s almost certain first bencher Taylor will come in for him. Not ideal as Leeds are scoring in almost every match, but it’s either that or basic appearance points from Bissouma or Brewster.
Not much to call between Southampton and Villa clean sheet odds so I think I’ll double down on Southampton and play McCarthy.

Keith has not used any of his chips

transfer summary:  Bellerin out Coufal in

I have made my one transfer

I have sold Wilson who has a tough 3 game run for Adams.

Adams has Fulham next which I feel could be an open game and if Ings is injured he could be good hold for week 19 double.

Capt has to be Mo Salah as hoping Sam hasn’t had time to sort em and if he does surely they will be more defensive than ever at Anfield. De Bruyne backup at Newcastle.

I imagine the reverse is the alternative for me if any news comes out in between.

Here’s the team with transfer made.  Chilwell will now be on the bench with Coufal starting

Sergio has used his wildcard

Last week was another disaster for me easily summarised in captaining Kane and not owning Salah. Score under the average and chunky red arrow, nothing new of late. So I gave up on not owning Salah and transferred him in on the weekend. Funding options were not easy, and I did it from Fernandes. So I might have fixed one problem by creating a new one, oh well. To complete the funding of the Salah transfer I removed Telles, who seems to be set for a job share role with Shaw. In I brought Ampadu, who has decent fixtures plus a game in GW18. This fits my strategy towards fielding a full squad in GW18 to then free hit in GW19.

As it is usually to be expected when you do transfers early in the week, an injury came afterwards to one of my players. And it was an important one, Chilwell, who seems a big doubt for the next game. I’ll keep him in the team for at least this week, since I have enough bench cover and don’t want to be taking unnecessary point hits.

I’ve put him in the lineup just in case.

Captaincy this week seems all set up for Salah. Just the fear of not going with him with everyone else doing it is enough to make the choice. Even though De Bruyne home to Newcastle is a tempting choice too, but will go with Salah.

transfer summary:  Bruno Fernandes and Telles out for Salah and Ampadu in 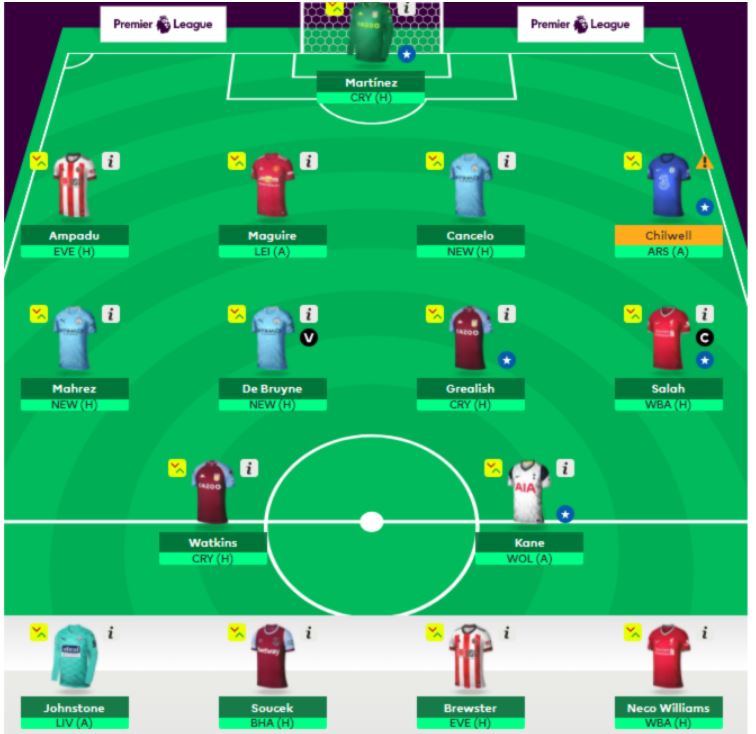 The highlighted FFGeek contributors combined team finished with an overall rank of 52k last season is going ok in 3rd place with total points of 904 and an overall rank of 40k. You can follow that team, including live transfers, on our subscription Patreon site. 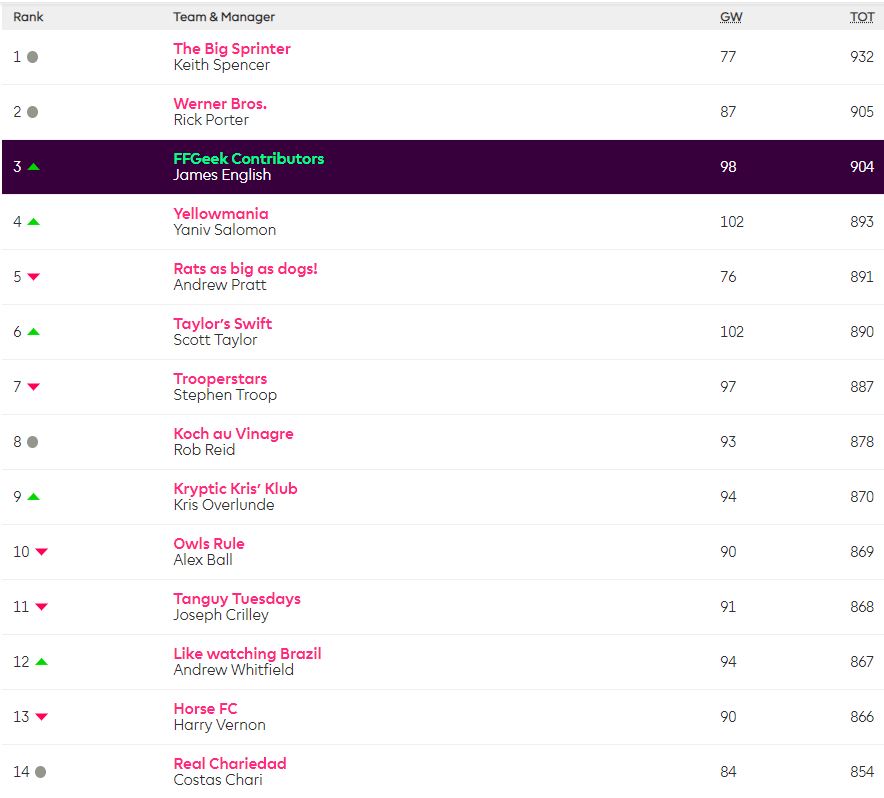 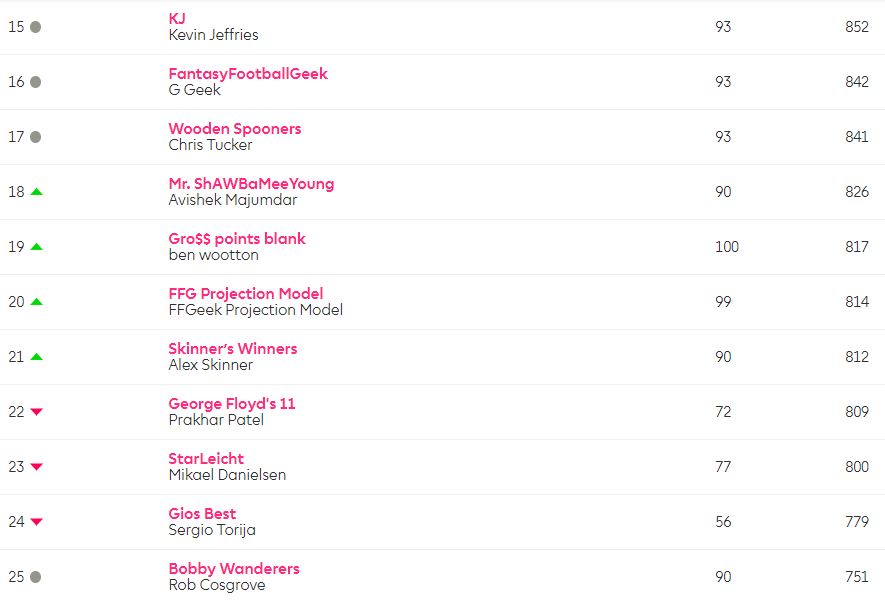