I was planning to do Wood out to Kane in but due to the injury changed it to Dallas out to Dias in.  I still have £5.2m itb, didn’t bring Son instead (I guess he will struggle alone). Cancelo as differential captain! OR 44K Upwards thinking

transfer summary:  Dallas out to Dias in

Here’s the team with transfer made

My transfer this week was going to be Bamford to Kane but I obviously won’t be doing that now. My other transfer was going to be Cancelo in for Taylor or Walker Peters. I’ll do that one albeit it does feel like chasing last gameweek’s points probably for Walker Peters. I’m toying with bringing in Digne too for a -4 but I’m not sure about that yet. If I bring Cancelo in, Coufal will go onto the bench. If I bring Digne in, Bamford will go onto the bench.

Transfer summary: Likely Walker Peters to Cancelo and possibly Taylor to Digne (although might be Coufal to lessen the effect of Covid postponements on my team given I have 3 West Ham players plus Taylor will have a double game week coming up). 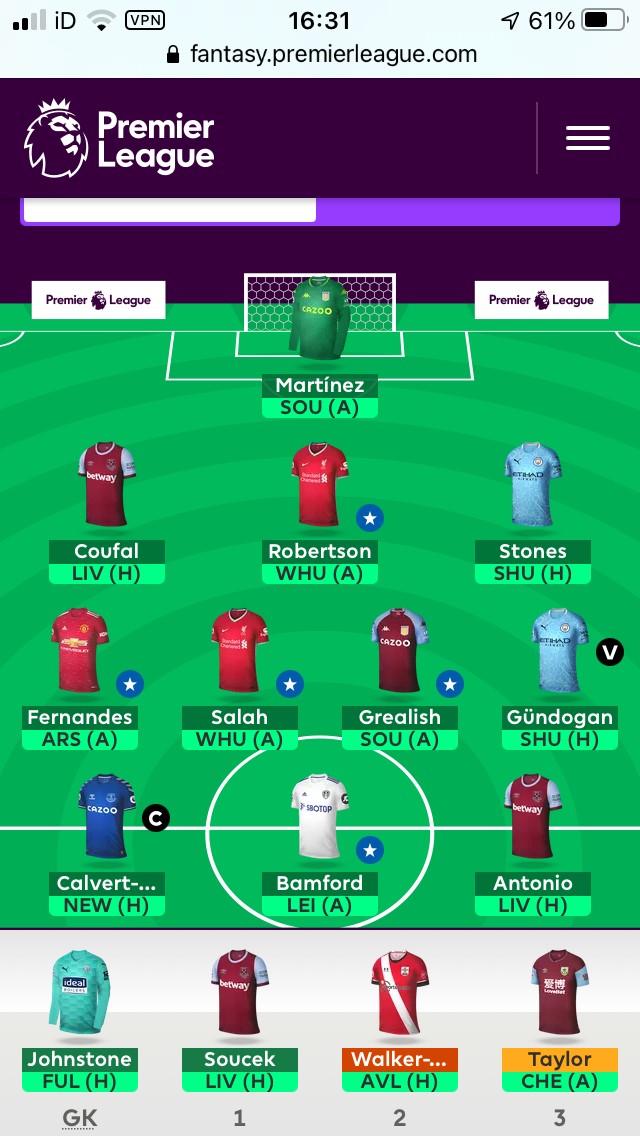 transfer summary:  Romeu out and Gundogan in 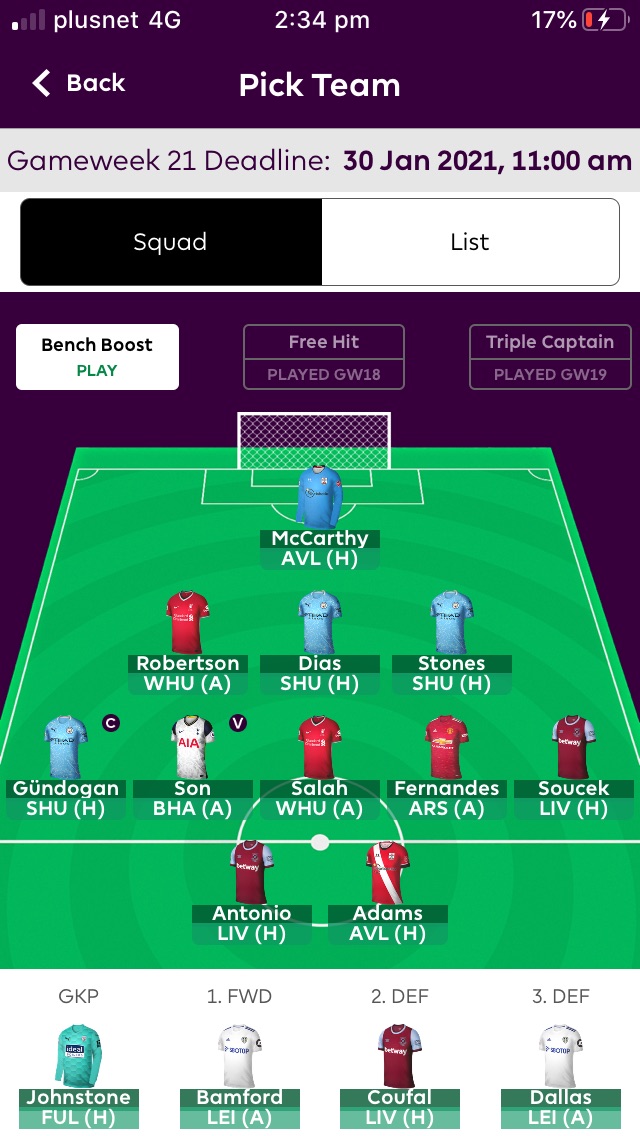 transfer summary:  likely Decordova-Reid out to Calvert Lewin in

The highlighted FFGeek contributors combined team finished with an overall rank of 52k last season is going ok in 2nd place with total points of 1,284 and an overall rank of 19k. You can follow that team, including live transfers, on our subscription Patreon site. 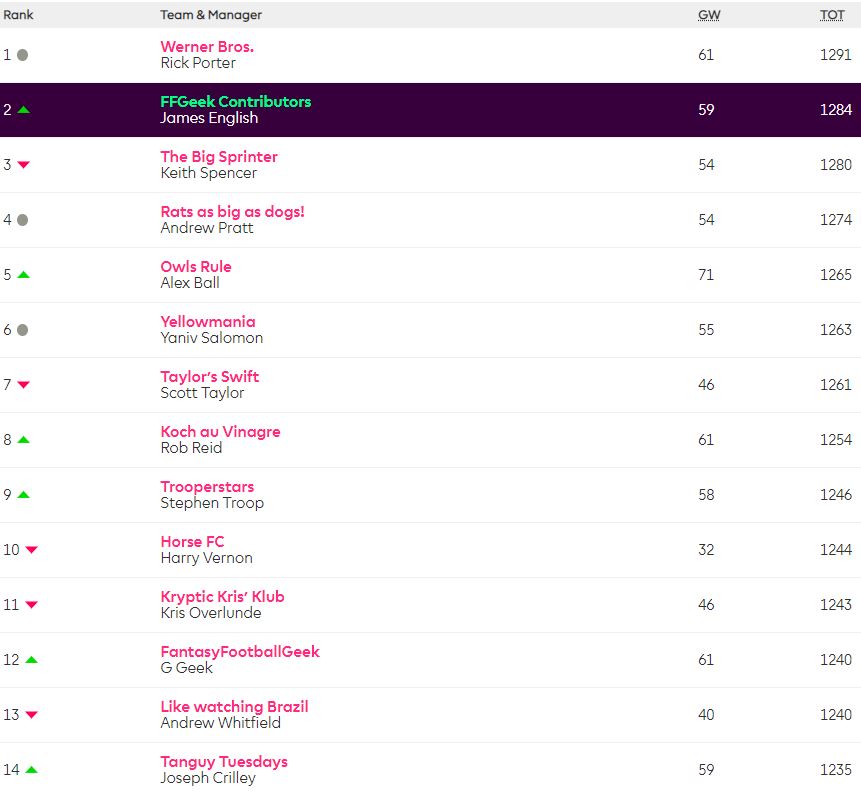 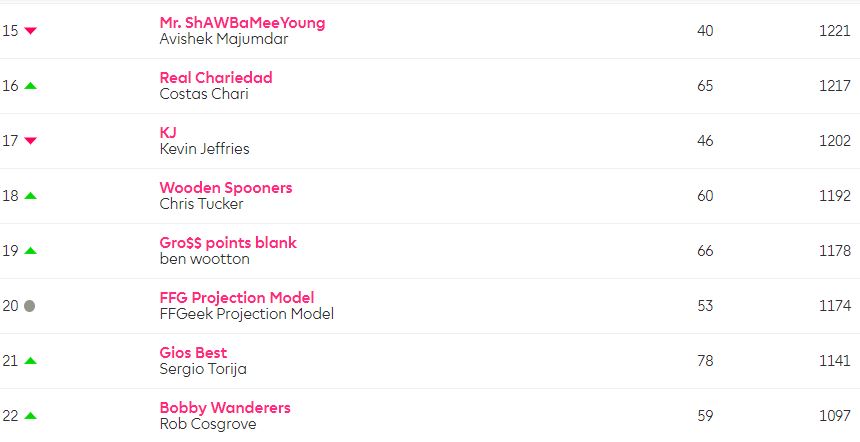